The second of our Family Catechism Days with Fatima Devotions takes place at Christ the King, Bedford this coming Saturday 3 March. There will be Mass at 10 am, Rosary, Confessions and catechism for children and adults. The first one was very worthwhile and we hope even more people will come along to this one, which is on the theme of the Incarnation.

On Sunday 4 March the 8.30 am Mass will be sung, and the preacher will be Bishop Peter Doyle, Bishop of Northampton, who is paying a pastoral visit to the parish this weekend.  He would very much like to meet the Latin Mass congregation in the hall afterwards, so do come over to welcome him.

Here is a beautiful reflection on an aspect of Our Lady which I had never previously considered. It is to be found in Catholicism Pure and Simple:  https://catholicismpure.wordpress.com/2018/02/17/marys-martyrdom-lifelong/

The Passion of Jesus, as St. Bernard says, began with His Birth, so did Mary’s Martyrdom endure throughout her whole life. Wherefore well might Mary say: My life is wasted with grief and my years in sighs. My sorrow is continually before me.

The Passion of Jesus, as St. Bernard says, began with His Birth. So also did Mary, in all things like unto her Son, endure her Martyrdom throughout her life. Amongst other significations of the name of Mary, as Blessed Albert the Great asserts, is that of “bitter sea.” Mare amarum. Hence to her is applicable the text of Jeremias: Great as the sea is thy destruction. (Lam. ii. 13). For as the sea is all bitter and salt, so also was the life of Mary always full of bitterness at the sight of the Passion of the Redeemer, which was ever present to her mind. There can be no doubt, that, enlightened by the Holy Ghost in a far higher degree than all the Prophets, she, far better than they, understood the predictions recorded by them in the sacred Scriptures concerning the Messias. This is what the Angel revealed to St. Bridget, and he also added: “that the Blessed Virgin, even before she became His Mother, knowing how much the Incarnate Word was to suffer for the salvation of men, and compassionating this innocent Saviour Who was to be so cruelly put to death for crimes not His own, even then began her great Martyrdom.” Mary’s grief was immeasurably increased when she became the Mother of this Saviour; so that at the sad sight of the many torments that were to be endured by her poor Son, she indeed suffered a long Martyrdom, a Martyrdom which lasted her whole life. This was signified with great exactitude to St. Bridget in a vision which she had in Rome in the church of St. Mary Major, where the Blessed Virgin with St. Simeon, and an Angel bearing a very long sword, reddened with blood, appeared to her, denoting thereby the long and bitter grief which transpierced the heart of Mary during her whole life. Whence Rupert supposes Mary thus speaking: “Redeemed souls, and my beloved children, do not pity me only for the hour in which I beheld my dear Jesus expiring before my eyes; for the Sword of Sorrow predicted by Simeon pierced my soul during my whole life. When I was giving suck to my Son, when I was warming Him in my arms, I already foresaw the bitter death that awaited Him. Consider, then, what long and bitter sorrows I must have endured.”

Wherefore, well might Mary say, in the words of David: My life is wasted with grief, and my years in sighs. (Ps. xxx. 11). My sorrow is continually before me. (Ps. xxxvii. 18). “My whole life was spent in sorrow and in tears; for my sorrow, which was compassion for my beloved Son, never departed from before my eyes, as I always foresaw the sufferings and death which He was one day to endure.” The Divine Mother herself revealed to St. Bridget, that even after the Death and Ascension of her Son, whether she ate, or worked, the remembrance of His Passion was ever deeply fixed in her heart, and ever fresh in her memory. Hence Tauler says that the most Blessed Virgin spent her whole life in continual sorrow; for her heart was always occupied with sadness and suffering.

Therefore time, which usually mitigates the sorrows of the afflicted, did not relieve Mary; nay, it even increased her sorrows; for, as Jesus, on the one hand, advanced in age, and always appeared more and more beautiful and amiable; so also, on the other hand, the time of His death ever drew nearer, and grief always increased in the heart of Mary, at the thought of having to lose Him on earth. In the words addressed by the holy Angel to St. Bridget: “As the rose grows up amongst thorns, so the Mother of God advanced in years in the midst of suffering: and as the thorns increase with the growth of the rose, so also did the thorns of her sorrow increase in Mary, the chosen rose of the Lord, as she advanced in age; and so much the more deeply did they pierce her heart.”

Catholic Young Adults, aged 18 – 35, are invited to a social evening this Saturday 17 February in Bedford.  This will be the first time the FSSP are hosting such an evening in the area, so we are flexible with the programme, depending on the preferences of those who attend.

Fr James Mawdsley, FSSP will be glad to welcome you from 5 pm at the church hall of Christ the King Church, Harrowden Road, Bedford, MK42 0SP.  There is parking available in the church car park.  After introductions there, we will likely go to a nearby place to eat in Bedford town centre (so best to arrive at the church hall not too late after 5 pm).

Do contact Fr Mawdsley if you have questions or suggestions or just to let him know you hope to attend.  Here is the link:  http://fssp.co.uk/young-adults-group-18-35-starting-in-bedford-this-saturday-17-feb/ which also gives a map. 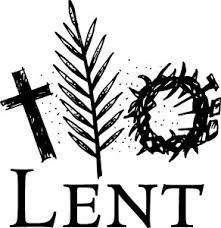 With Lent almost upon us now, here are some suggestions which Fr Goddard gave in his homily last Sunday as to how we might use this holy time of grace.

· Try to get to Mass more often during Lent

· Try to get to Confession regularly during Lent.

· If you are not already saying a daily Rosary then Lent would be a good time to start. If you do already, then why not take a second Rosary during Lent for the needs of others.

· The Stations of the Cross is a popular devotion which focusses us on the direction Lent leads us, namely salvation won for us through Christ’s Passion and Death.

· Why not take up a particular prayer intention for Lent:

o This could be personal or for others in your life.

o For our children’s education and the end to immoral secular agendas being imposed in the classroom.

o For the clear and unambiguous reaffirmation of Church teaching around marriage.

· Lent would be a good time to make an effort in spiritual reading: You might like to consider volume 2 of Benedict XVI’s book: Jesus of Nazareth: From the Entrance into Jerusalem to the Resurrection.

· Only take on things which you think you can manage for 40 days – don’t overstretch yourself.

· Don’t choose something that will make you “crabby”, thus leading you and those around you into sin.

· Don’t give up if you slip up in your resolve, but keep starting again for the 40 days.

· If charity towards a challenging person in your life is particularly difficult, refraining from a lack of charity and trying to get on with that person can be a greater penance and mortification than, for example, chocolate or television.

· Home – Consider supporting a pro-life charity, such as SPUC or The Good Counsel Network.

· Abroad – Consider supporting a charity which supports persecuted Christians, such as Aid to the Church in Need.

As well as the Sung Mass on 4 February described under a separate article, Saturday 3 February saw the first of five Family Catechism Days with Fatima Devotions at Christ the King.  The day started with a Rosary, followed by 15 minutes of meditation, during which time Confessions were available.  Mass was at 11 am, celebrated by Fr James Mawdsley, FSSP, who gave a very stirring homily on the widespread effects of abortion.  Then, having refreshed souls, it was time to refresh bodies, and we had lunch.  In the afternoon, Catechism was offered for the under 8s and the under 16s respectively, where the Holy Trinity was explained at a level appropriate for the participants’ ages.  There were some 15 participants in each age group.  It was lovely to see how much about the Faith they already knew.  It was the adults’ turn after this and our talk was on the Holy Eucharist.

Practice for the Sung Mass, both for singers and altar servers, rounded off a very successful day.  People came and went as they were able and it was well attended by about 60 adults and children.  Our grateful thanks are due to Fr Mawdsley for arranging this day and we look forward to the next one on Saturday 3 March.

It can truly be said that a window into heaven was opened at Christ the King, Bedford, on Sexagesima Sunday, 4 February.   After several rehearsals, this was the day when our own schola sang its first Mass.  Although we have had two Sung Masses at Bedford previously in the last two years or so, thanks to the Bedford Choral Society, the arrival of the priests from the Priestly Fraternity of St Peter last October has given us the continuity we needed to form our own schola.  Five men and four ladies gathered in the choir loft and we sang the complete Mass under the direction of Katherine Smith.  No, it wasn’t perfect, but members of the congregation were kind enough to tell us that our efforts had been uplifting.  We also had a team of five altar servers led by MC Nick Ross, some of them serving for the first time, and for them, like the schola, each Sung Mass will be progressively better.

As our celebrant, Fr James Mawdsley, said “Heaven is surely pleased by our efforts to do what ‘all generations’ have done!”.

We are looking forward to our next Sung Mass at Christ the King, which will be at 8.30 am on Sunday 4 March.  We will be rehearsing in church on Saturday 17 February from 2.30 pm  – approximately 4.30 pm, and at the same time on Saturday 3 March.  We are always looking for more singers; please contact the Schola Secretary, Barbara Kay, on mbky3@outlook.com if you are interested.

FSSP England has launched its new website today.  Many hours of work have gone into creating this.  Each Apostolate has its own page, including ours at Bedford!

Welcome to FSSP England’s new website. While the site was born on the Commemoration of the Baptism of the Lord, it is going public today, Feast of the Presentation of Our Lord. Remembering also the Purification of Our Lady today, the Church sings the Ave Regina Caelorum at the end of Compline from tonight until Wednesday of Holy Week. Of your charity, please say a prayer for the good fruit of this website, asking Our Lady’s patronage, so that it serve the mission of her divine Son.

Here is the link: